TEIN Products are Derived from Motorsports and Continually Evolving

Global Standard, Initiated and Enhanced by TEIN, Going Beyond the Limit

TEIN keeps challenging to competitions held all over the world.
There are races that compete for one thousandth of a second, have big jumps at 170km/h and/or run on extremely cold icy road or on scorching hot desert.
Technology and know-how cultivated in worldwide competitions under such severe conditions is poured into each and every TEIN shock absorber.
Superior performance and superior quality for your shock absorbers.
TEIN keeps evolving, forever and ever. 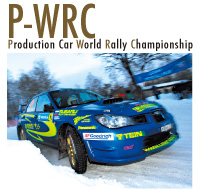 After TEIN's return to the WRC scene in 2005, TEIN felt that they were scoring a solid hit as its products were enjoying a burst of popularity, however they also felt they had reached their limits on one point.
That was the on-site support system. They attended races all over the world throughout the year, thus it became difficult for them to provide prompt service from their base factory in Yokohama.
TEIN made the decision to introduce the concept of factory on wheels; 'rally service container'. 3 workshop containers are now deployed around the world to provide on-site support, which is in no way inferior to that of the Yokohama-factory. The containers have been used in many locations around the world such as China, U.S., Europe, Africa, etc.
Even long-established European suppliers are surprised by TEIN's worldwide and top-level support system, which is drawing the attention of motosports teams from around the world.