The Story of EDFC ACTIVE

Episode 1 【 EDFC ACTIVE Getting Off to Excellent Start 】 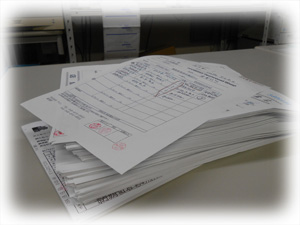 Yoshii, a manager of product planning department, was at the order-handling office since the morning.
He was looking at a pile of hundreds of shipping labels, with such a deep feeling.

Today was the release date of the brand new EDFC ACTIVE.

Thanks to all the buzz created by magazine articles and at Tokyo Auto Salon, so many orders for EDFC ACTIVE were placed before its release.

"Huh? What are you talking about, Yoshii?" "These are only about one-third of all orders we've received so far."
"We are sooooo short on EDFC ACTIVE supplies!"

Finding out that there were more orders than he had thought, Yoshii rushed back to his desk and checked the delivery schedule.

"What the...? We cannot fulfill back-orders until mid April even if we move up the schedule as much as possible!?"

There was no time for him to be emotional.
He began rearranging the schedule to step up production. 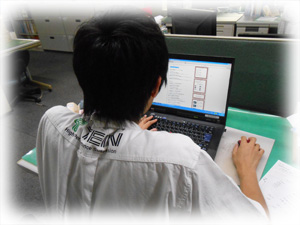 About a week after its release, review and feedbacks started to appear on the internet.

This is fun just as expected. Thumbs-up!
My kids don't get carsick anymore, because the car's movement is constantly controlled in an optimal way!
So, this is how far the ride-height adjustable suspension came!
It works great on streets. I can't wait to try it on circuits!

And so on.
Everyone seemed to enjoy the new EDFC ACTIVE.

Yoshii kept reading all the review on the internet as the night went on, even after other staffs had gone home.

He was reading some of those reviews repeatedly and thinking something, when his fellow employee Oki came.

"Yoshii, can you give me a lift to the station? I missed the last bus."

Yoshii seemed to come up with some idea and stood up all of a sudden.
"Sure, why not? We leave right now!"
Yoshii quickly left the office and run to the parking lot. 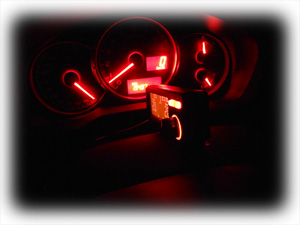 Yoshii got into his car but did not seem to drive away any time soon.
Instead, he took off EDFC ACTIVE controller from his car.

"Hey? Why did you remove that?"

said Yoshii and started the car.

"Just drop me off at Higashi-Totsuka station, will you? Uh, where are we heading!?"
"You know this leads to Yokohama By-Pass... oh... now we are on the by-pass!" 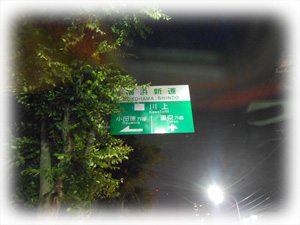 Yoshii kept going, ignoring all the fuss Oki was making.
Oki gave up on coming right back home & stared out the window in sulk.

Metropolitan Expressway Circular Route was quite busy even in the midnight on weekdays.
Yoshii was driving at just about the speed limit on this winding route.

Oki, watching from the passenger seat how Yoshii was acting, wanted to come home desperately. 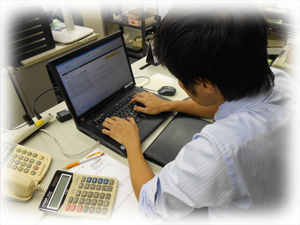 Having to hang out with Yoshii driving around till dawn, Oki couldn't stop yawning repeatedly at his desk.
In contrast, Yoshii's fingers were clicking away on the keyboard, with his eyes wide open and glaring.
"Yes! Done! Barely made it..."
Yoshii was working on the new product proposal to be submitted at the planning & development meeting scheduled in the afternoon.

It was the big day for TEIN, as the new product idea for the following year was to be decided in the meeting.
Yoshii, in charge of planning new products, was under a huge pressure to come up with something that could ride the good upward wave leading from the popular EDFC ACTIVE.

The meeting began and soon it was Yoshii's turn to make a proposal.
"We'll make EDFC ACTIVE PRO!"
Yoshii proclaimed loudly, in his opening remarks.
That caused a stir among attendees.

"What new functions do we add for EDFC ACTIVE PRO?"
"Releasing new models, one after another, in such rapid-fire manner?"
In a flurry of questions and comments, Yoshii continued.

"Lateral G-force, that is."

That created even more buzz. "We decided not to add that to EDFC ACTIVE! Too many parameters to set!"
"NO WAY! It was already too complicated to program EDFC ACTIVE. How can we add lateral G-force..."
"Please take a look."

Yoshii presented the data he gathered from online reviews of EDFC ACTIVE. 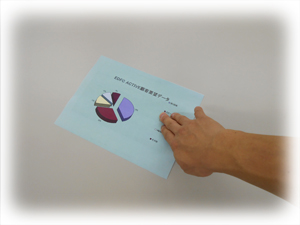 The room was still filled with a babble of voices. It was Yoshii's boss who shut everyone up.
"Well, it must be fun. Will it?"

"Absolutely!" "Please take a ride in my car after this meeting. You'll see everything!"
said Yoshii quite confidently.

After the meeting was over, Yoshii took his boss to the car.
The boss noticed something immediately after Yoshii opened the car door.
"Hmmm, that's it then. No wonder why you were so sure that it's going to be fun."

Last night, Yoshii removed EDFC ACTIVE controller, just before he took Oki for a long ride.
He rotated it 90 degrees before putting it back on the instrument panel.

Now, the controller sat sideways, detecting and reacting to lateral G-force, instead of acceleration and deceleration G-force.

"So, you drove like this for quite a while?"
The boss asked Yoshii while test-driving the car.

"All right. Give it a shot."
said the boss after realizing how fun it could be to add the adjustment based on lateral G-force.
The boss turned to Yoshii, only to find him fast asleep in the passenger seat. 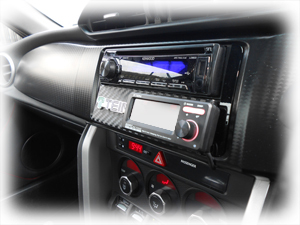 Yoshii seemed to be crushed with anxiety.
Test-ride event for the media, to unveil EDFC ACTIVE PRO, was only 1 week away; however, he has not yet heard anything from R&D about the progress on lateral G-actuated adjustment program.

Considering the time left, he needed to have the completed program and install that to the prototype controller within today.

"Hey, have you heard from Goto yet? Nothing?"

He has repeated the same question three times.

"Goto! I was really waiting for your call! So, how's the program?"
Yoshii wanted to find that out, before anything else.

The story extends back to this morning.
Yoshii went to R&D building to check up on demo cars, in preparation for the upcoming test-ride event.

"No good. I don't like it. I need to re-do the programming!" said Goto.

Goto grabbed the helmet and gloves, slipped into 86 prepared as demo car and took off in haste without telling anyone where he was going. 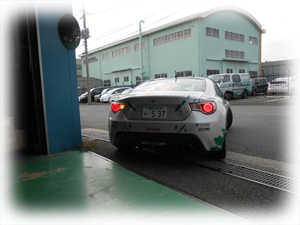 Yoshii was startled, watching the whole incident right in front of his eyes.
He turned to others who were also watching Goto leave.
It seemed that Goto was not happy at all with the lateral G-actuated control program.
He was feeling uncomfortable about the way the system responded, especially from the moment of turn-in to the apex point.

It was already past noon when Yoshii got in touch with Goto again.
"Goto! Where the heck are you now!?"

"Sorry! I am now at Fuji Speedway, test-driving at the circuit."

"Yep. I wanted to get rid of this sense of little discomfort by all means..."
"The current program is not responding soon enough in increasing damping force when the car starts to turn in and proceeds to the clipping point."
"In particular, at certain types of corners where it takes a bit longer for lateral G-force to reach max from the time the steering wheel is turned..."
"I want to make it respond better & faster, when you start turning the steering wheel and as the lateral G-force increases to max, to increase the damping force."

"What? But Goto, you gave it a passing score after the last testing!"

"Yoshii, I took a cab last night and the driver had such a great driving skills."

"Huh? What are you talking about?"

"Just listen, will you? He was just good at handling cornering G-force so smoothly."
"He starts turning slowly and slides out of the corner. I did not even feel side-to-side G-force much, in the backseat."
"I tried to drive like him this morning. Now I feel that EDFC ACTIVE PRO is a bit too late to start reacting to the changes in cornering G-force."
"It does not really respond when starting to turn in but later it does when the G-force is about to reach max. I don't really like this."

"Well, most people would not be able to even notice that difference."
"I think the current program is just enough and we don't have time for any further..."
Yoshii felt that the system as-is now was at a satisfactory level and all he was worried about was lack of time.

Goto talked back.
"Yoshii, we are making EDFC ACTIVE PRO now."
"And, we are pros in developing suspension products."
"Pros should never release a product with PRO in its name, without getting rid of doubts."

Yoshii had no words of reply.
"Goto, the deadline is 17:00 today. If we can't make it, we'll have to postpone the test-ride event." "Can you make it?"

"Have there been a time when I did not make it?"

Tires were almost torn to shreds and most of brake pads were gone.
A glance at 86 just returned was enough to know how much Goto has driven at Fuji.

"Sorry, Yoshii. I wore out tires and brake pads..."

"Not a problem! I'll get new ones somehow!"
"That aside, Goto, you perfected PRO, right?"

"Sure. PRO now lives up to its name."

"Wonderful! Now PRO can make its official debut!"
As the test-ride event was just around the corner, Yoshii felt more confident than ever before.